Based on the writings of Scientology founder L. Ron Hubbard, Narconon, according to its web-site, “is a non-profit drug rehabilitation program dedicated to eliminating drug abuse and drug addiction through drug rehab, drug information and drug education” (emphasis added, see http://www.narconon.org).

To devout Scientologists, rabid haters of psychiatry, there is no difference between illegal drugs and psychotropic medications. At Scientology-based Narconon facilities, all medications are taken away from its vulnerable patients. At a Narconon facility, Kyle would have been deprived of his Lexapro. In a phone conversation one week before my son’s death, it was recommended by Denise Miscavige-with the approval of Kyle’s father, that Kyle be sent to a Narconon facility.

It’s vital that the public, and state and federal lawmakers, are educated regarding Scientology’s dangerous alternative medical practices. Unfortunately, under the guise of religion, this regressive belief system places its trusting adherents at risk of injury or even death.

Excerpt from the deposition of Victoria Britton 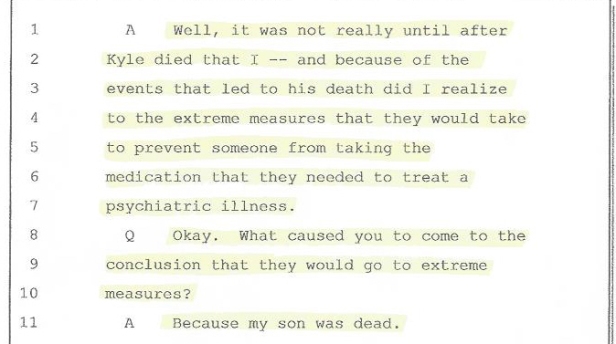 Excepts from the deposition of Denise Miscavige 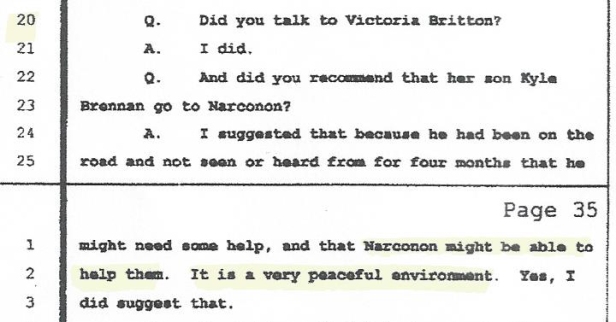 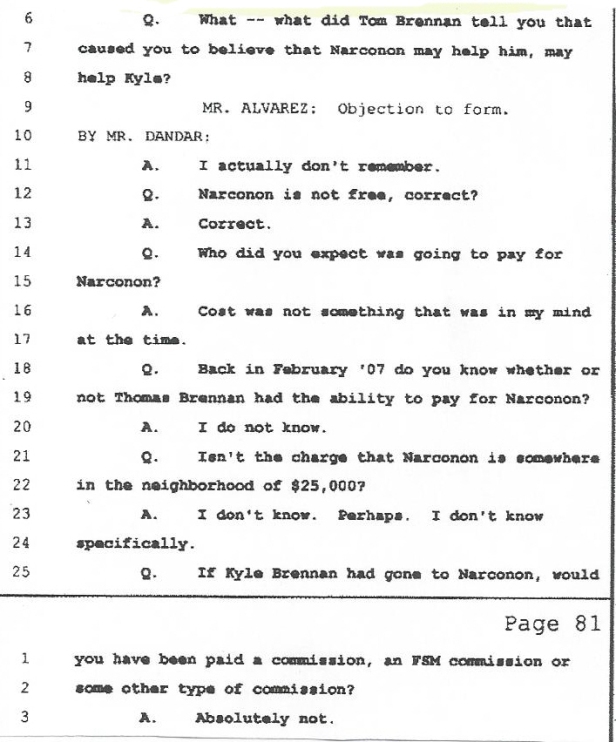 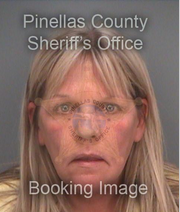 Thanks to the antics of celebrity Scientologists, Americans have come to think of the Church of Scientology as a benign organization that’s unfortunately attracted an oddball collection of unhinged followers. The point-of-view from the other side of the equation, however—how Scientology looks at the rest of the world—is altogether different. “We’re not playing some minor game in Scientology,” wrote founder L. Ron Hubbard (in a policy letter called “Keep Scientology Working”). “It isn’t cute or something to do for lack of something better. The whole agonized future of this planet, every Man, Woman and Child on it and your own destiny for the next endless trillions of years depend on what you do here and now with and in Scientology. This is a deadly serious activity.”[vi] Deadly, indeed. How many people have perished thanks to the soulless teachings of the Church of Scientology?