The black Dodge Durango was parked next to the house that had been such a problem for St. Petersburg police. Street cop Terrence Nemeth was watching. Shortly before 7 p.m., the Durango went out the back way. It turned into an alley and then drove into the street, nearly hitting an ambulance.

“A middle-aged woman was at the wheel. The officer told her he had seen the car at “a known drug house.” Under the driver’s seat Nemeth found a black vinyl bag with nine cigars, or “blunts,” containing marijuana.

The woman said she didn’t know how it got there. But she slurred her words, belched, smelled of alcohol, and had bloodshot, watery eyes, Nemeth reported. Police charged the driver with misdemeanor marijuana possession, DUI and failure to yield. Nemeth took her to jail.”

Tom Brennan, at the time of Kyle’s death, was employed by the mega-wealthy Church of Scientology. His title was “Director of Public Book Sales.” Brennan’s salary for this illustrious-sounding position ranged between twenty and thirty dollars per week. He supplemented these meager Scientology-slave wages by working at various menial jobs. Brennan hawked rugs alongside a Florida interstate highway, and he also worked as a handyman for Gerald and Denise Miscavige Gentile. Under Denise’s direction, Brennan mowed the Gentile lawn, shopped for the family groceries, and made various repairs to one of the “news-worthy” Pinellas County rental properties owned by Gerald. (Why was this particular property “news-worthy”? According to a front-page piece published by the Tampa Bay Tribune, Denise Miscavige Gentile, in an act of charitable kindness, had been accepting from down-on-their-luck tenants marijuana cigarettes in lieu of rent.) 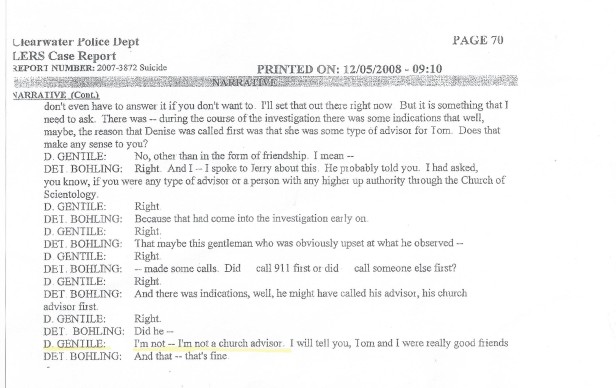 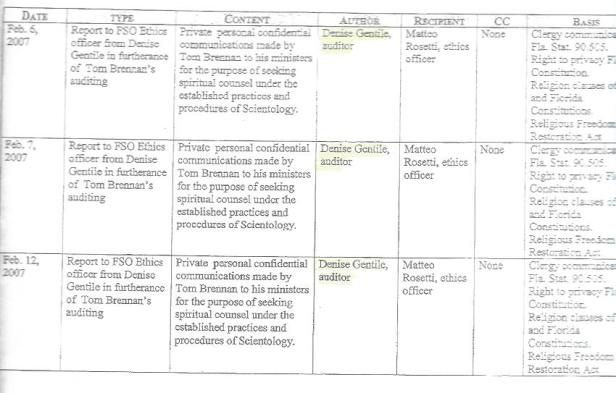 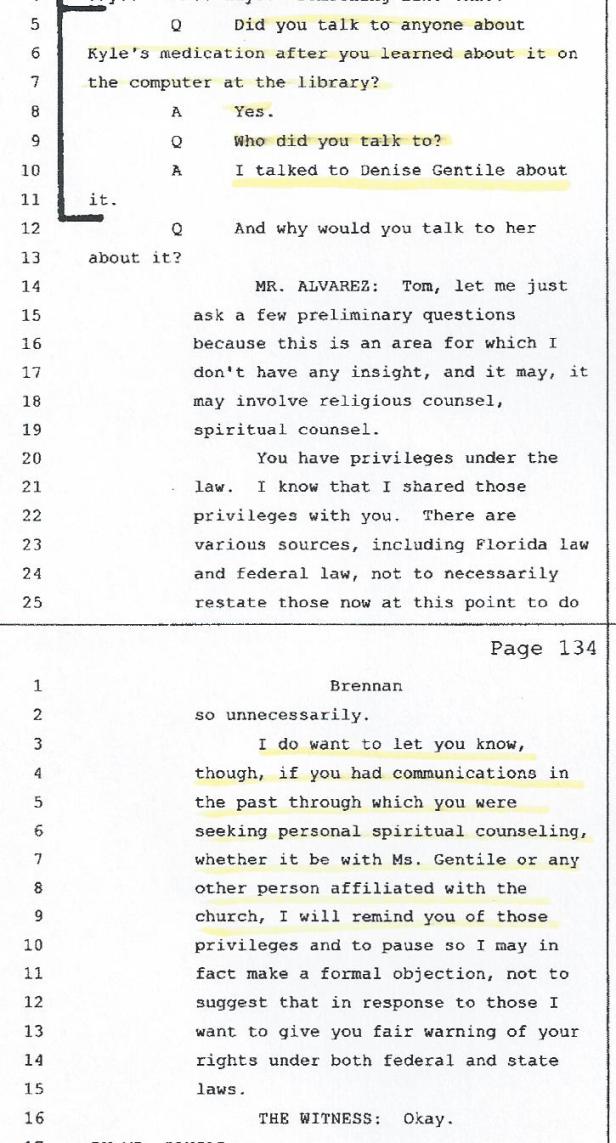