Tampa, Florida — Blockbuster charges in a Federal Suit involving the Church of Scientology. It involves accusations of impropriety and some of the most respected members of the judiciary and legal profession.

The allegations are coming from the former number-two man in the organization, and involve what he says is a multi-million dollar cover-up of the death of a woman in Scientology care.

The woman at the center of it all is Lisa McPherson, who died in 1995 after being involved in a minor traffic accident.

At the time of the accident, McPherson who was a Church of Scientology member said she needed psychiatric help. Instead, the church members took her to the Ft. Harrison Hotel to care for her.

McPherson’s death spawned emotional protests near Scientology headquarters in Downtown Clearwater, a lawsuit from her family – as some charged they let her die and watched her die – and criminal prosecution from the Pinellas State Attorney’s office.

The Church was charged with a second-degree felony for practicing medicine without a license, and abuse of a disabled adult.

However, the charges were dropped after Pinellas Medical Examiner Joan Wood changed the cause of death from unknown to accidental.

Marty Rathbun, the former number-two man in Scientology, alleges that the organization showered gifts on the Medical Examiner’s attorney, Jeff Goodis, to influence her to change the cause of death.

Once that happened, the criminal case fell apart.

In addition, Rathbun says the Church hired another attorney, former prosecutor Lee Fugate, to have illegal Ex parte meetings with judges involved in the case.

Rathbun says,” Listen. Lee Fugate, his value was to schmooze. As a matter of fact, that’s what David Miscavige and myself used to say. Let’s get lee to schmooze; let’s get Lee to schmooze.”

In the suit, Rathbun contends the Church of Scientology spent at least $30 million to get the charges dropped, and mitigates the damages in the civil suit.

Jeff Goodis denies the charges and Attorney Lee Fugate says he can’t comment on a federal suit, but it would be shocking to believe that some of Pinellas’ top judges could be involved in illegal activity like this.

However, Ken Dandar, the attorney who represented McPherson’s family against the church, says, “Maybe Mr. Rathbun doesn’t know what he is talking about, and maybe it’s all his imagination. I don’t think so…”

Dandar says the organization has come after him. He says attorney Wally Pope and Judge Robert Beach have illegally claimed the settlement papers in the McPherson case.

We couldn’t reach Judge Robert Beach or any other of the Judges named in the lawsuit.

Attorney Wally Pope told us he wouldn’t comment to the media and no one from the Church of Scientology returned our calls.

But, late Friday, Pope filed a lawsuit on behalf of Scientology to have all of Marty Rathbun’s testimony thrown out.

There is an emergency hearing in Federal Court Monday.

Did Merryday want to unburden himself with a contentious case?

“Perhaps Merryday to gain a better understanding of the defendants should have first familiarized himself with some of the basic tenets of Scientology.” 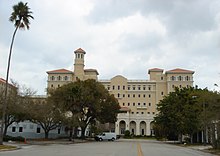 A federal judge for the United States District Court for the Middle District of Florida, Steven Douglas Merryday,ordered Pinellas County Senior Circuit Judge Robert E.Beach not to intervene regarding appearance of an attorney in a federal court case involving Scientology. Lawyer Kennan Dandar is representing the estate of Kyle Thomas Brennan in a wrongful death claim against the Scientology organization.

The suit asserts that members of the Scientology organization, including the father of Brennan, removed access to the deceased’s anti-depression medication, and provided him with means to utilize a loaded gun. Brennan had been staying with his father for a week prior to his death. Police in Clearwater, Florida investigated the 2007 death of Brennan, and determined it was a suicide. Kyle Brennan was himself not a member of Scientology. The lawsuit, filed in 2009, was filed by Brennan’s mother on behalf of her son’s estate.Named as defendants in the lawsuit include the Scientology organization, its subdivision the Flag Service Organization, twin sister of Scientology leader David Miscavige – Denise Gentile, and her husband Gerald Gentile.

Scientology management settled the McPherson wrongful death case in 2004; lawyers representing the organization stated the settlement included a confidential arrangement with Dandar to never again represent clients in lawsuits against Scientology entities. The settlement included an agreement that both sides would never speak again about the case; California lawyer Ford Greene commented, “The church bought silence.” The Scientology organization had also filed a countersuit against the estate of Lisa McPherson, and named Dandar a party to that lawsuit. The organization claimed Dandar had inappropriately tried to add the head of ScientologyDavid Miscavige as a party to the wrongful death lawsuit.

Scientology legal representatives requested Judge Beach to see to it that Dandar abide by the secret settlement agreement, and Beach subsequently issued an order in June 2009 that Dandar be removed from the Brennan wrongful death case. Dandar faced sanctions from Judge Beach including suspension of Dandar’s license to practice law, a US$130,000 judgement to be given to the Scientology organization, and a fine of $1,000 per day. Judge Beach ruled that all money from the sanctions imposed against Dandar – were to go directly to the Scientology organization. The Tampa Tribune noted that Judge Breach made his ruling, “in an inexplicably closed hearing from which Beach tossed a St. Petersburg Times reporter”.

Faced with these possible sanctions, Dandar filed an “involuntary” motion to withdraw from the Brennan wrongful death case in federal court, but Judge Merryday denied this request. Dandar stated to The Tampa Tribune, “I’m stuck in the middle of two courts.”

D. Wallace Pope, a lawyer for the Scientology organization, stated that he wished to show evidence regarding the settlement in the McPherson wrongful death case. However, Judge Merryday emphasized his main issue was determining whether or not Dandar was being penalized for obeying the federal court’s order denying his request to be withdrawn from the Brennan wrongful death case. Judge Merryday stated he would prevent the Scientology organization along with Judge Beach from punishing Dandar for representing his client in US federal court. Merryday stated Beach had attempted to usurp control outside of his jurisdiction, thereby “aggressively” interferring with the US federal court process through imposing sanctions on Dandar.

Merryday has served as a US federal judge based inTampa, Florida since 1992. The St. Petersburg Timesnoted that Judge Merryday, “has presided over some of the region’s most noteworthy cases.” Judge Merryday’s court order creating an injunction against Beach was 29-pages long, and criticized the “stunning severity” of Beach’s sanctions imposed on Dandar. Merryday explained that the federal court needed to “act in defense of the (federal) court’s jurisdiction”, due to Beach’s actions. Referencing Judge Beach, Merryday wrote in his court order, “A judge should not undertake, directly or indirectly, overtly or through a surrogate, to compel an act by another judge, especially in a different jurisdiction.”

Judge Merryday stated to Scientology lawyers, “have forced my hand on this issue.” Merryday stated to Scientology lawyer, Robert Potter, “I don’t like being put in this position. When people start to squeeze, other people can squeeze back.” Potter asked him to seal the proceedings from public view, and Judge Merryday responded, “I’m not going to be entering any seals unless I see a lawful reason, and I can’t even see the beginning of a reason”. Merryday stated he would not allow his court to be influenced by “some circuit judge somewhere who appears for all I can tell to have sealed something for some unknown reason”.

Judge Beach responded to Judge Merryday’s injunctionwhich “permanently enjoined” him from imposing sanctions on Dandar, by filing a motion on Thursday in federal court in Tampa. Beach asked Merryday to rescind his order so that he may recuse himself from acting as a judge on the Scientology case related to Dandar. Beach’s motion argued that he was denied due process because he was not given notice by Merryday of the hearing which occurred before Merryday issued his ruling. In addition, Beach asserted Merryday did not have power to issue the ruling restricting him from sanctioning Dandar, because Beach was not a party to the Brennan wrongful death case, and Merryday lacked authority to restrict powers of a judge from outside his federal court jurisdiction. In response, Judge Merryday has scheduled a hearing for October 12 in federal court to hear state court judge Beach.

Martin Errorl Rice is an attorney in St. Petersburg, Florida who represented Beach in the motion before the US federal court. Rice stated his client’s motivation in requesting the ruling by Judge Merryday be rescinded was to allow Beach to recuse from the Scientology case. Rice told the St. Petersburg Times that his client’s conflict with the US federal court has “cast kind of a cloud” over Beach’s position in the Scientology case.

Stetson University College of Law constitutional lawprofessor Michael Allen analyzed the clash between the US judge and Florida judge for The Tampa Tribune. Allen observed that it was “very, very rare” for a US federal judge to order a state judge. He noted that a 1793 federal law contravenes such orders – except in “extraordinarily narrow” cases where the federal judges are permitted to create rulings in order to safeguard the jurisdiction of their federal court proceedings.