A Scientology “Tone Scale” can be seen leaning against the far wall.

When Kyle was growing up his father and I had a catering business named “Breton’s.” It was a successful and growing Sub S corporation. When Thomas Brennan and I separated in 1998 he had complete control over the business. My attorneys worked out an agreement with him that I would receive my yearly salary and part of the business profit in lieu of alimony until Kyle reached the age of eighteen. After that time period, I wanted nothing from him. He could have the business and all the profit for himself.

I removed my name from all the business paperwork at this time. I could not trust my ex-husband and did not want to become a litigious target by remaining connected to him.

He obviously did not like the agreement as he started to embezzle money with such rapidity it left our accountant Barbara Capron in a quandary. She notified me to say that if Tom continued on as he was currently the IRS was going to step in to audit the business. She went on to explain the seriousness of his behavior and how he could actually be arrested for it. Tom’s step-son Scott was working for the business at this time. His job was working in the office doing various clerical duties. He made me aware of the fact that his step-father was engaged in some serious wrongdoing.

I still had all of my keys to Breton’s so I decided to go over to the business after hours and look through the files to see if the situation was as serious as had been told to me. I was shocked to find that tens of thousands of dollars had been misappropriated.

Soon after I discovered the embezzling of money from the business Tom moved all of the business files and computer to his apartment located at Ivy Gardens. Brennan decided that he wanted to have Scott do all of the paperwork from the apartment instead of the company’s main office which was located within a short walking distance.

I do not recall the time frame but I’m almost certain it was not long after the paper side of the business was relocated to the apartment that a fire was started in Tom’s apartment. According to the fire marshal, a lit cigarette from an ashtray had been thrown in a wastepaper basket near an open window in the home office. With the day being windy it quickly turned to flames. The fire quickly engulfed the apartment and then proceeded to spread and destroyed four others.

Scott at the time was also renting an apartment at Ivy Gardens in a different unit. It was in the late afternoon when he heard a lot of commotion along with sirens wailing. He ran outside and immediately could smell the smoke from the fire. He saw that the fire was coming from where his step-father lived. He ran quickly to the scene to make certain that Tom or no one else was hurt. The fire was so intense it busted out the windows. A crowd had already gathered and a fireman was asking if anybody knew if someone was inside the burning building. People were crying and upset as they had come to realize how lucky they were not to have been inside their apartment when the fire broke out. The residents were primarily grad students and some had small children living in the building. Scott overheard two firemen talking that they thought the fire had originated in his step-father’s apartment. Scott said he developed a sickening feeling in the pit of his stomach when he heard this. He said that he then spotted Tom standing apart from the crowd casually observing the scene while smoking a cigarette. Scott approached him and asked him what the hell had happened. Tom did not respond to Scott and showed no emotion over the tragic event. His only response was tossing the cigarette on the ground, stamping it out, and walking away.

The fire was so intense that it destroyed everything in the four apartment unit. Since the fire originated in Tom’s home office, this is where the fire was the most intense. The computer along with Breton’s business files was now no more than a mass of melted plastic. The IRS, not having adequate information to audit the business, settled with Tom for payment of thirteen thousand dollars.

I never believed that Tom could commit such an evil act intentionally. It is not in my nature to think that any person would want to cause harm to another. This is what I have always told my two youngest children when they would ask me about the fire.

Soon after, a one million dollar lawsuit was filed against Brennan as a result of the fire. I believe he filed for bankruptcy protection in the State of Florida not long after the suit was filed.

It was thought that Kyle had long forgotten about this incident.

Information pertaining to the fire was found saved in Kyle’s cell phone after he was found dead in Clearwater, Florida on February 16, 2007.

Did Tom Brennan discover his son’s ulterior motive for visiting him prior to his death?

*Brennan was active within the Church of Scientology in Washington D.C. during this time period. According to his step-son Scott, Brennan was spending a great deal of money on Scientology self-help books and attempting to make amends for fleeing the organization with stolen e-meter years prior.

Three University of Virginia (UVA) first-year law students were burned out of their Ivy Gardens apartments when Tom Brennan started a fire in his apartment in the afternoon of Thursday, April 6, 2000, four days after Kyle’s fourteenth birthday and Scott’s twenty-fifth.
They are Dan Brozost, Christine Genaitis, and James Honaker. All have gone on to what appear to be successful careers as lawyers.
The most detailed account of the fire and their experiences appeared in the Friday, April 14, 2000, issue of Virginia Law Weekly, the UVA Law School newspaper.  Here are a few quotes
“Some 40-year-old guy who lived in apartment 6 apparently threw some cigarette butts and ashes into his garbage and it led to the fire,” said first-year Dan Brozost, one of the students victimized by the fire. “I never met the guy, but if I do he’s goin’ down.”
Christine Genaitis: “All I can say is, God help that guy if any of the three of us ever run into him.”

There are also two accounts in the Cavalier Daily –

Dan Brozost is a founding partner at Raines Feldman in Beverly Hills:

Christine Genaitis is a trial attorney at Dentons LLP in Boston specializing in business litigation and health care and financial fraud defense. She has served as a Special Assistant District Attorney and has expertise in white collar crime litigation. “She served in the Peace Corps as an assistant professor of literature and international business at the Vladivostok State University of Economics and Service in Vladivostok, Russia, from 1997 to 1999.” 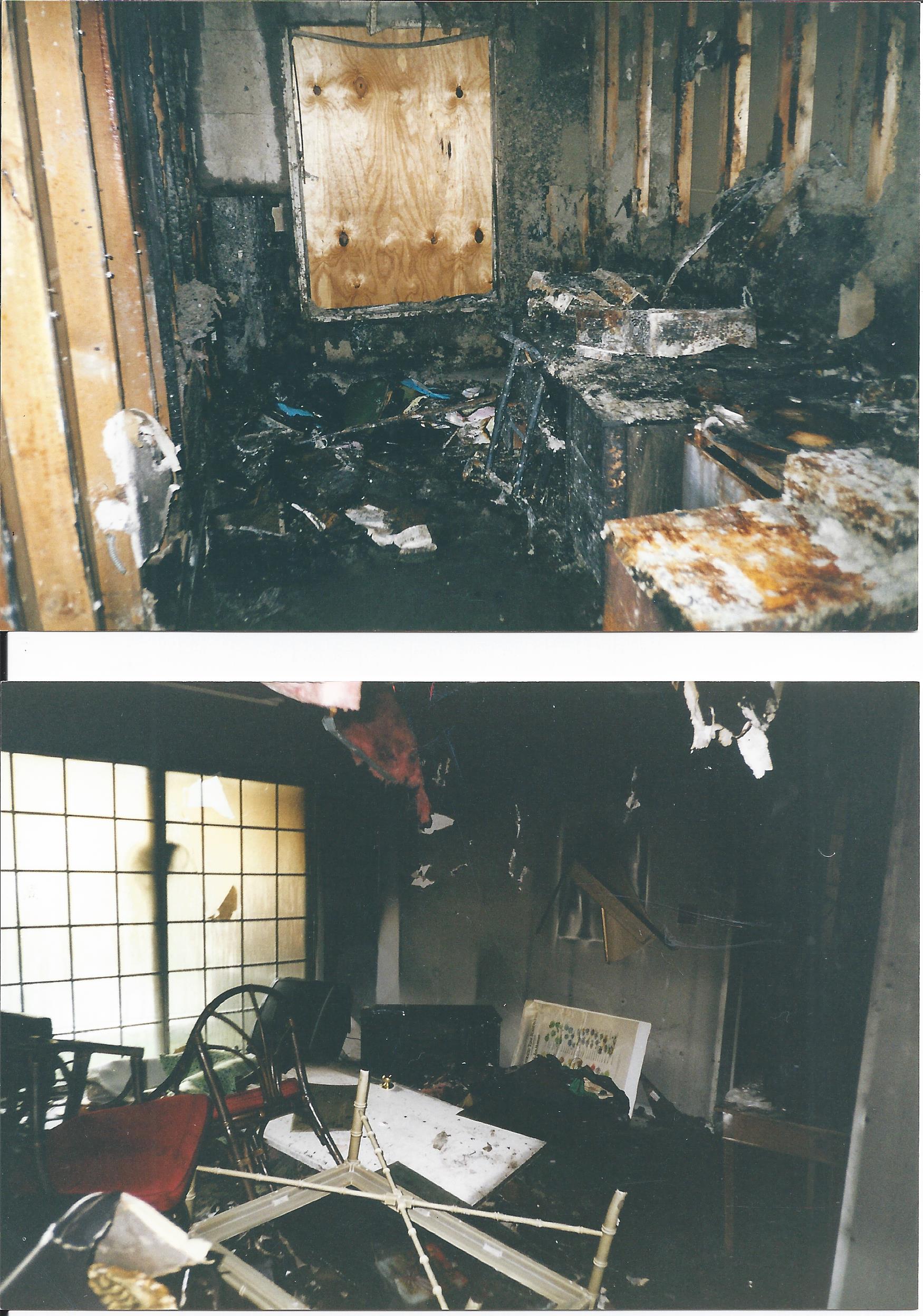 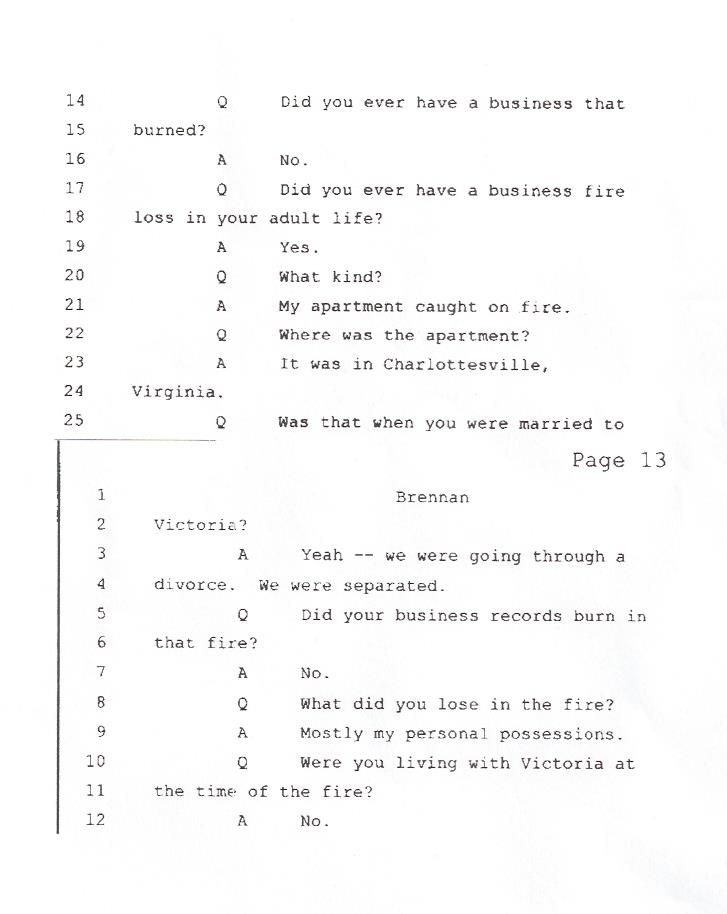 Excerpt from the deposition of S. Brennan 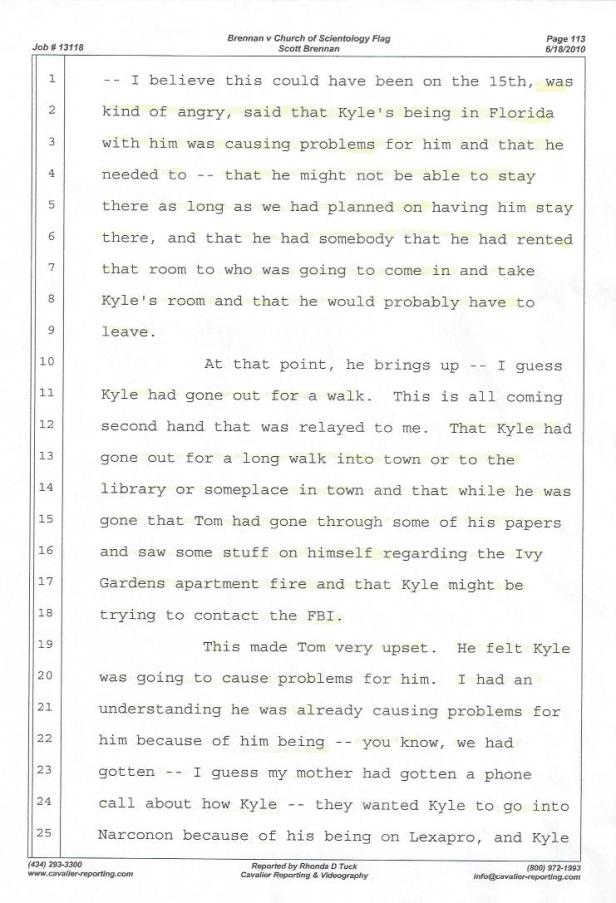 For more information regarding the highly questionable events surrounding Kyle’s death, the extremely mishandled police investigation, and the perjured testimony given by the defendants please refer to “The Truth for Kyle Brennan” blog at https://vbreton2062.wordpress.com/

2 thoughts on “The Fire at Ivy Garden Apartments”